Teapot racing is the latest craze to sweep through the steampunk community. It is a remote control car obstacle corse with a lot of creativity thrown in.

The racer must contain a teapot, but other decorative touches are up to the owner of each vehicle.

The sport was started in New Zealand, so let some New Zealanders show you how it's done:


I saw some videos of teapot racing on Facebook and showed them to Blaze, who was immediately excited. There didn't seem to be any question about it, we had to make a teapot racer.

A couple days of brainstorming later, we decided we wanted to be Tea Pirates. 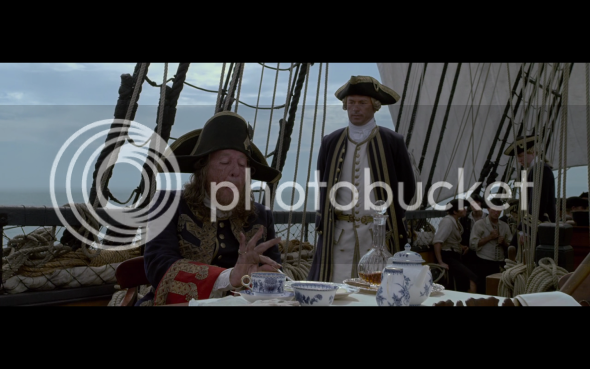 We started out with the cheapest toy, tin tea set we could find. 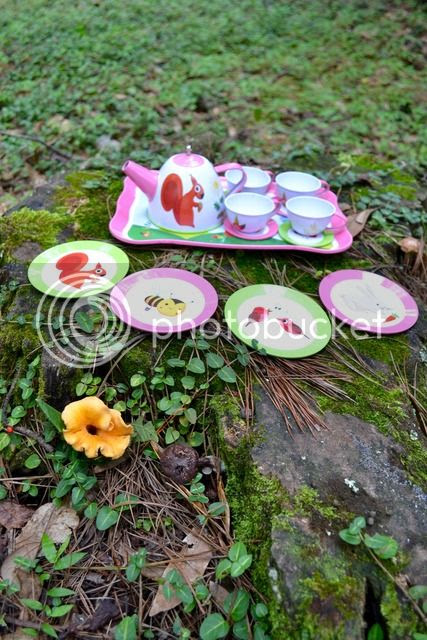 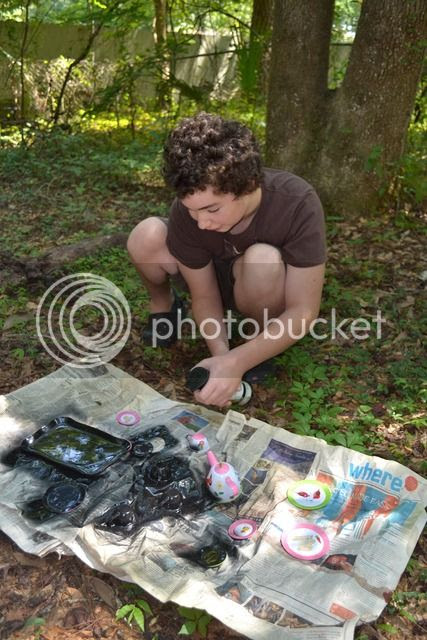 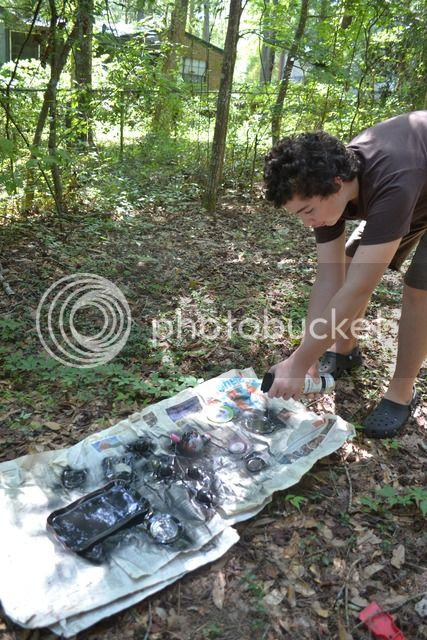 We found a good deal on a remote control monster truck on Amazon. It was listed as used, but had in fact, never been taken out of it's box before. Only the box had been damaged.

Blaze was very excited to take it out for a test drive as soon as it arrived:


The body of the car turned out to be easy to remove, leaving a platform that was perfect for attaching the tea tray. 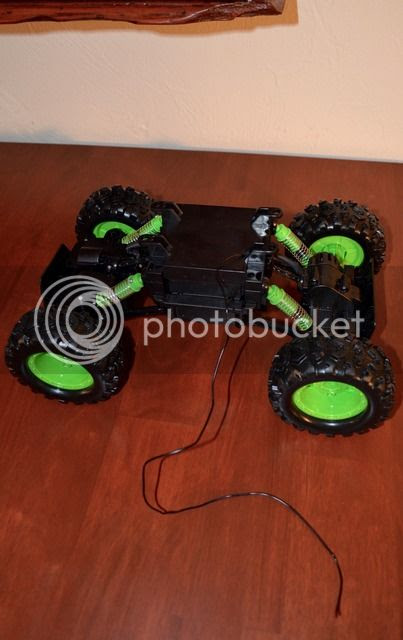 The little tin tea tray was not only the perfect size for this, but it was flimsy enough that putting holes in it for screws was no problem. 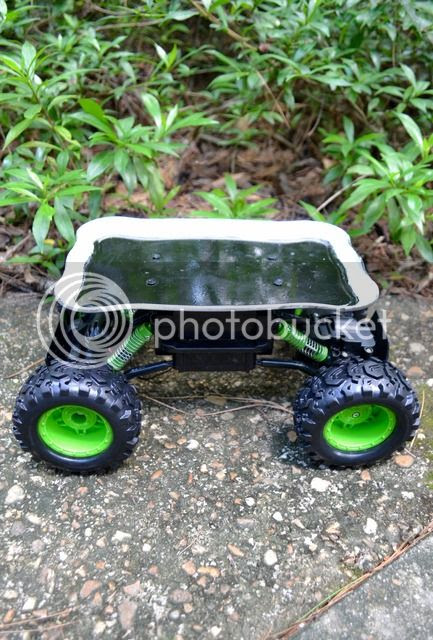 Blaze enjoyed doing the big stuff like spray painting and bolting on the tray, but then it was my turn to take over. I have fun doing the tiny detail work.

We named our ship (modified monster truck) the Earl Grey and decided it needed a crew. 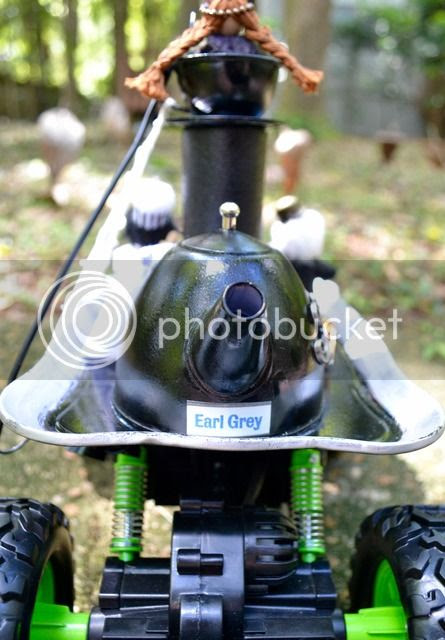 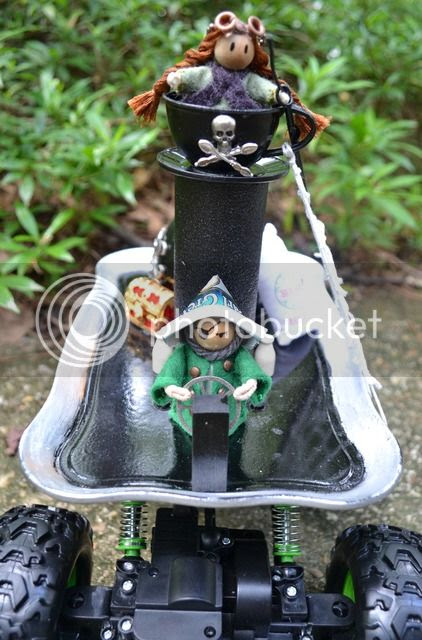 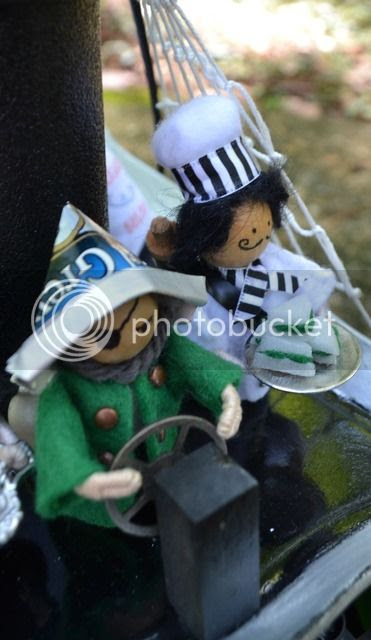 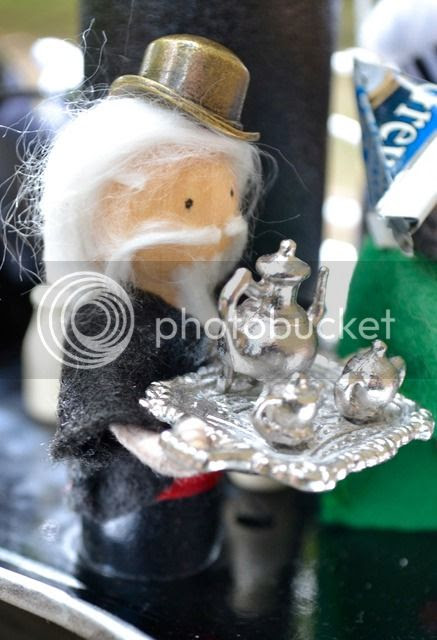 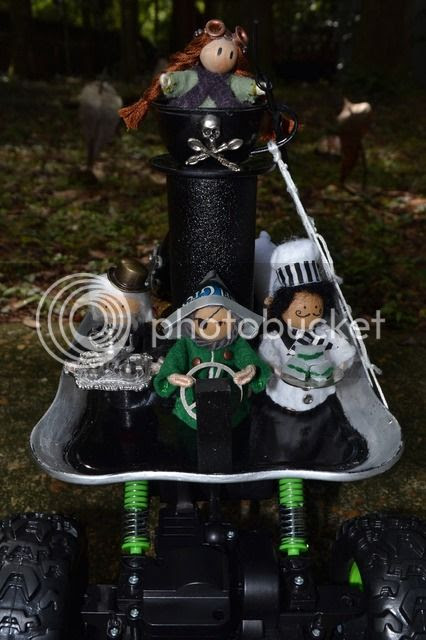 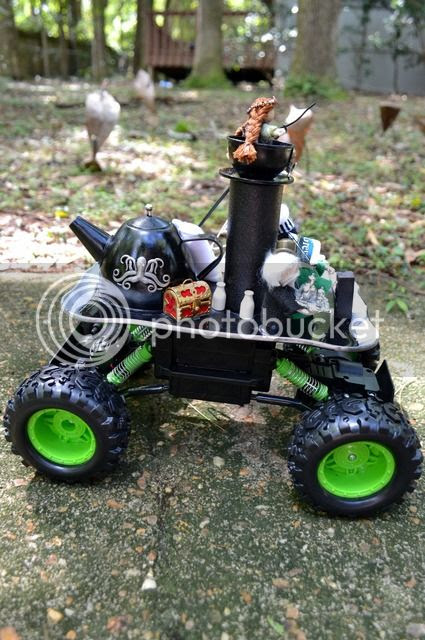 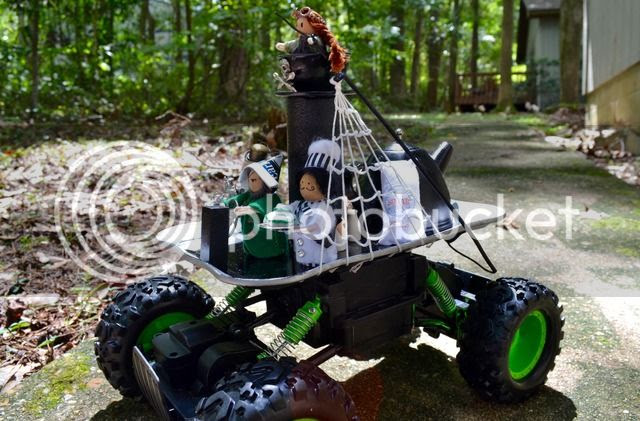 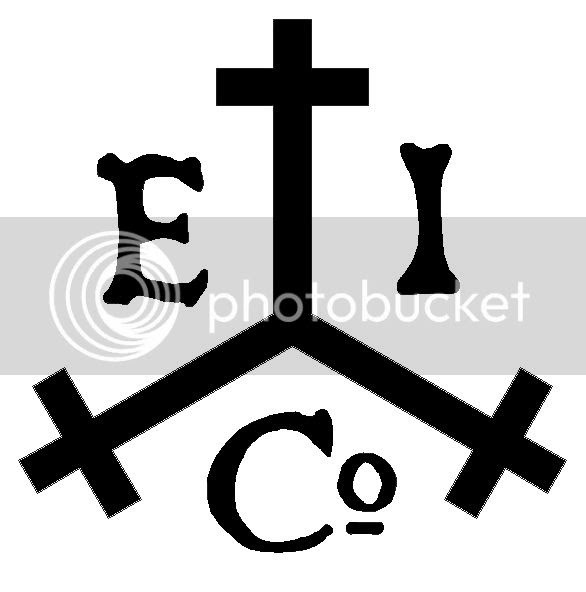 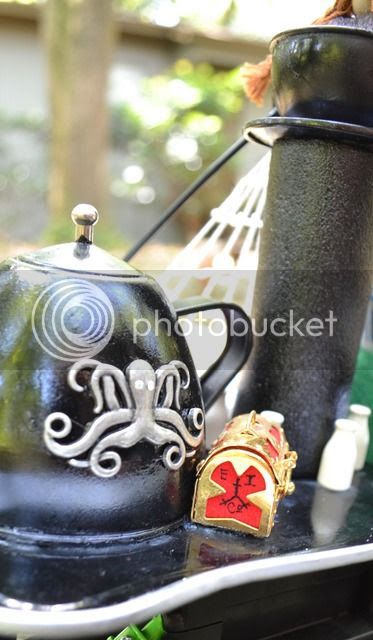 While I was busy working on decorating the Earl Grey, a few days ago, Blaze was outside creating an armada of magnolia leaf ships that looked like they were about to attack the house. Destroying that fleet of leaf ships is what Blaze wanted to do as soon as I told him the teapot racer was complete and he could play with it.

The maiden voyage of the Earl Grey was not a gentle one, but nothing fell off, so I'm pleased.


Watching the teenager and I build our racer has caused my husband to become interested in building one of his own. He hasn't started work on one, yet, but he has a good idea, so this story may have a sequel in the future.

Posted by Crescent Moon at 2:39 PM

Crescent Moon
Tallahassee, Florida, United States
Me: I am the mother of three vastly different people and will soon be caregiver for my elderly Mother. I run teapot races at various steampunk events, enjoy cooking and gardening, and wish I had more time to read. My newest project will be fixing up an apartment in the 1882 house where I spent the first 20 years of my life.

My 20 year old son. He has mild cerebral palsy and epilepsy. He is homeschooled. 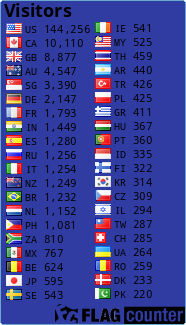